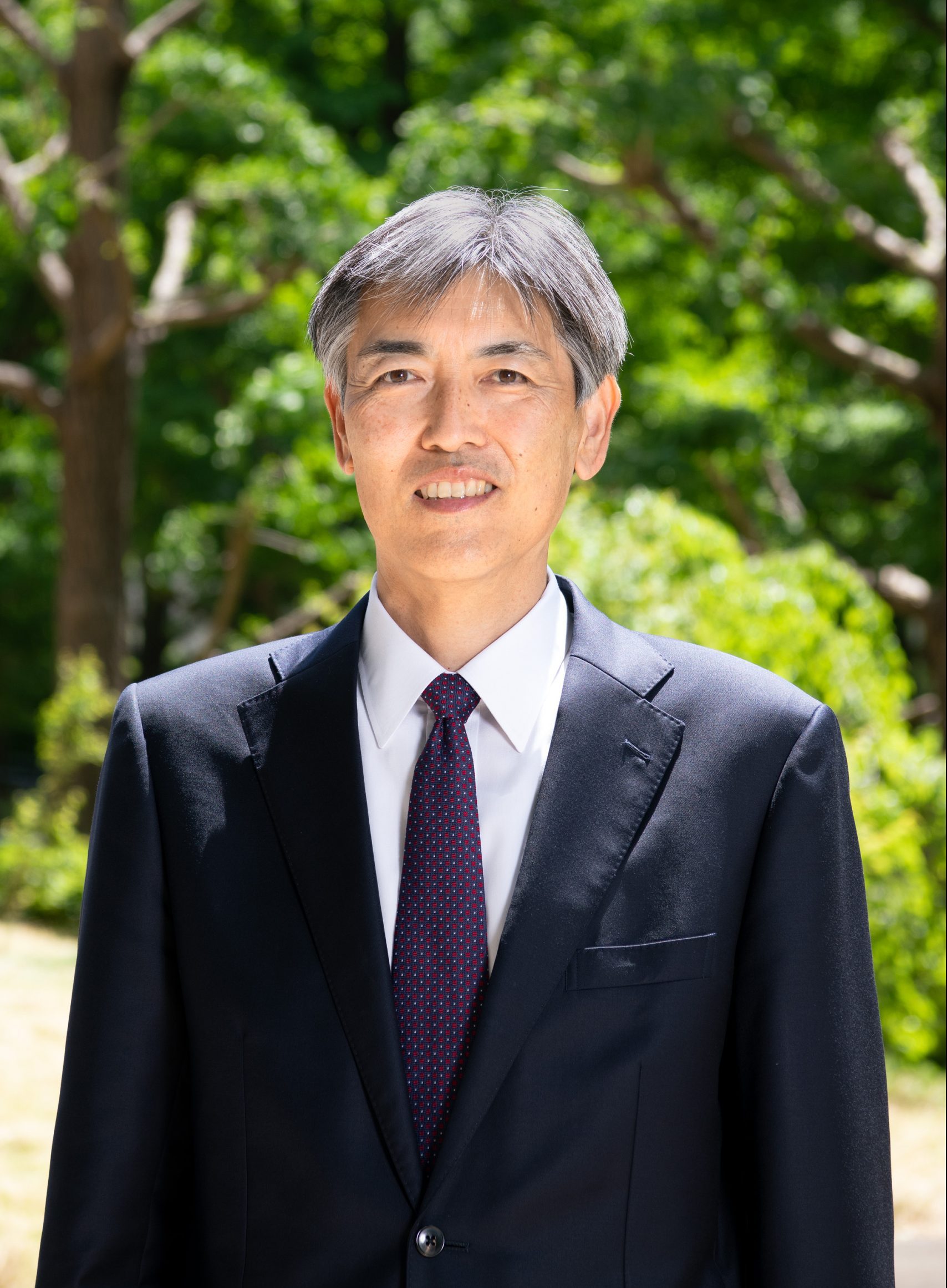 Materials Engineering is the study of scientifically clarifying the origins and functions of various materials and creating useful materials for our daily lives. All kinds of materials—including semiconductors and plastics—are involved in this area, but let us use PET bottles as an example. PET bottles generally have the property of allowing oxygen to pass through. However, if oxygen passes through the bottle, we encounter issues such as oxidization of the contents, or in the case of carbonated water, the carbonation being lost. Materials engineering comes into play by researching and developing PET bottles that do not allow oxygen to pass through. And in fact, such PET bottles have been developed. On the other hand, if the material is difficult to decompose, we are confronted with environmental issues. As such, materials engineering is not carried out only in pursuit of convenience; it must also consider how to balance industrial needs and environmental concerns.

When I was a freshman in college, I applied for Keio University’s exchange program by stating in the application that I wanted to pursue something combining materials engineering and space. Back then, new materials were attracting attention in various fields, and I felt that “materials” would play a key role in the coming era. That being said, I was also attracted by the large scale of space and wanted to pursue studies in astrophysics. But I only had a vague idea of how I would actually be able to combine the two fields of materials engineering and space.
Unfortunately, my wish to take part in that exchange program was not granted. I had forgotten about my application until my senior year, when I realized that I was not ready to let go of my dream of studying materials science. I then did some research on studying abroad and was accepted to University of California (UC), Berkeley’s Department of Materials Science and Engineering. There, one of the faculty members had ties to NASA, and I was assigned to work on the development of a detector to search for dark matter in the universe.
Fast forward to when I became a faculty member at my alma mater of Keio University. I happened to come across the actual application that I had submitted when I was a freshman. I felt this strong sense of astonishment and connection to the field of materials engineering and space, as I was pursuing that exact path in my career.

I was studying in the United States in the era of “Japan as Number One,” where everyone thought that Japan was more advanced (technologically) than the US. Even in the field of materials science, people often asked, “Is there still anything that Japan should learn?” But I also wanted to pursue astrophysics with materials engineering, and without doubt, there is no better place than the United States to study that field. After all, Japan does not have state-of-the-art, large-scale facilities like NASA.
Incidentally, I wanted to study abroad since I was in elementary school (an elementary school affiliated with Keio University). My father, who graduated from a university in the US, had a big influence in that respect, and ever since I was a child I felt a strong sense of mission ingrained in me that without going out into the world, you’re not a Keio Student.

My parents, who believed in the value of “going out into the world,” encouraged me to attend summer camps for a month in both fifth and sixth grades. I did not speak much English at the time, but I was naturally able to interact with other students through sports such as baseball. I was fortunate in that my friends helped me with other things I did not understand in English. As for further English studies, I had the opportunity to study for one year at a local high school in California when I was in tenth grade. Honestly speaking, this was as far as I went in terms of studying English.
In preparation for entering a university in the United States, however, it was a different story. I attended an English cram school to study for the TOEFL® exam during my college years in Japan. Not many people were aiming to study abroad or preparing for the TOEFL® exam back then, so I can only imagine how intense the competition is nowadays. In light of this situation, however, it is disappointing to see that the level of English proficiency in Japan is extremely low when compared with other countries. This problem needs to be taken seriously. 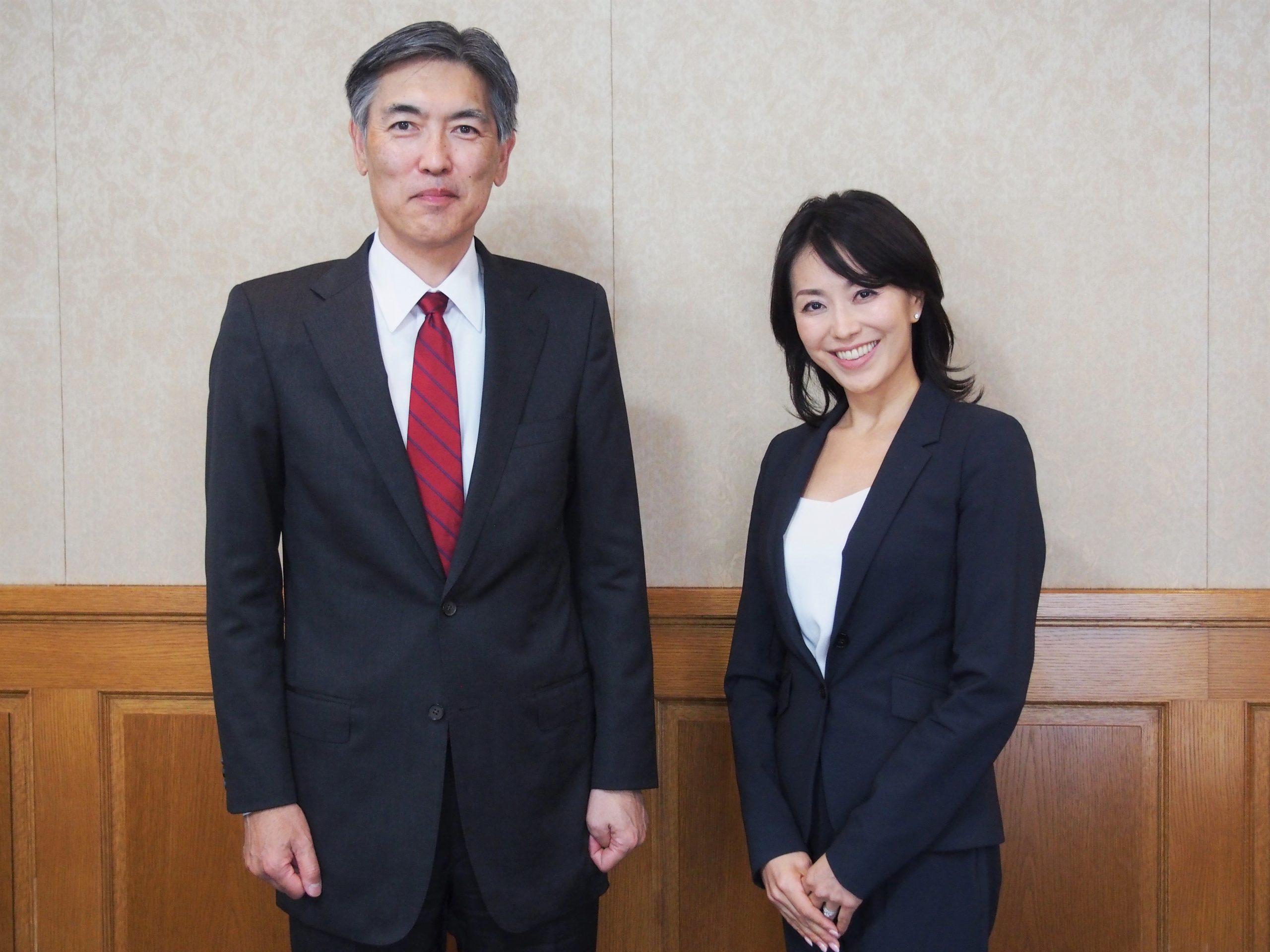 When it comes to our students at Keio University, I believe they have the ability to study and learn when necessary (or rather, as required). You might even say that they have grit and the skills to accomplish things. Needless to say, there are many types of students, but I do think that we have many students who proactively pursue studies in their chosen fields and genuinely enjoy learning. Generally speaking, we hear people say that students in the United States take their studies more seriously or universities in Japan should teach their students in a systematic way, but we also do see students who go on to study at graduate schools in the United States often flourish in their fields, so I would not say that the Japanese curriculum is entirely flawed.
One thing I can say that universities in Japan lack when compared with universities in the US is an environment that fosters skills for debate/discussions and presentations. Teaching styles in Japanese universities tend to be unilateral, and I believe that should be reconsidered. Additionally, we should focus on nurturing students’ abilities to take action and change the world, starting from their own university. We see many students with good ideas concerning issues of campus diversity, curriculum improvement plans, and environmental issues, yet they lack the skills to put them into action.

Many people humbly say, in retrospect, that they didn’t study much and that they were immersed in playing sports during their time at university. But the truth is, they took part in periodic exams, wrote research papers, and graduated from university. In other words, they were studying as well as actively taking part in sports. Conversely, university graduates in the United States would proudly say that they studied diligently during their university years. This I think is merely a difference in viewpoints and images that contribute to the academic differences between the two countries.
Extracurricular activities—including sports and even cultural activities—allow students to learn and acquire various skills associated with success, perseverance, and judgement. They are useful not only in academics, but come in handy when making connections with others, finding one’s place in the world, and discovering what makes one’s life worth living. We articulate these values and convey them to our students at Keio University.
As far as balancing academics and athletics, from the standpoint of a university faculty member, I feel ambivalent about whether to provide students more leeway in selecting their courses or specify how to select courses in a detailed manner. While I would like students to take as many good courses as possible, I also believe that the more freedom for selecting courses there is, the easier finding time for extracurricular activities will be. Balancing this is quite strenuous!

I never really thought about how I should have balanced my studies and tennis as a student. I was just in a routine of playing tennis in the morning, then attending classes right after that, so it just came naturally for me.

Our goal is for our Keio University students to enhance problem awareness and ability to speak out (make suggestions). Even if one student has a great idea, a single person’s opinion alone cannot convince a large organization such as a university. I would like to see students make use of student government organizations to discuss their ideas and suggestions among themselves and cohesively submit them to the university board. This unfortunately is the case overseas as well: I have spoken to some presidents in universities overseas and learned that their student government bodies are not as active as they once used to be. Nowadays, everyone is focused on their own lives, and I feel that the momentum to improve the university community as well as society at large is dwindling and that we are in a crisis. As a means of overcoming this, we have launched an initiative called the 2022 Juku Sei Kaigi (2022 Keio SDGs Student Conference). This is a project where students of any grade or affiliation within our school community (including our affiliate schools) gather at Hiyoshi Campus to discuss issues Keio students should tackle or be aware of and then officially present them to the presidential board. This project is still in the early stages, but we are seeing solid responses from our body of motivated students!
Other tasks that I would like to accomplish include sharing our specific vision of what an ideal graduate of Keio University looks like. We know that development of education and research is essential for the betterment of our future world, hence the formulation of this vision is my top priority during my tenure as Keio University’s President.

I earnestly would like the younger generation to realize firsthand how dangerous it is to view one’s future through a narrow lens. The more you move, the smaller the world becomes, and the size of the world depends on how mobile you become. As adults, our responsibility is to create an environment that makes it accessible for the younger generation to go out into the world, both mentally and economically. Some people may reason that our talented citizens would not come back to Japan once they leave, but I believe that is also acceptable. How wonderful would it be to have comrades not only in Japan but all over the world, connected beyond nationalities and to be able to exchange and share information with various nations?

Without a doubt, I would have to say Yukichi Fukuzawa, the founder of Keio University.

As I mentioned before, “the world becomes smaller as you move.” Don’t leave your future in the hands of others, but encourage yourself to act on your own initiative to achieve your goals.
In addition to this, I advised three things during Keio’s entrance ceremony at the start of this academic year. The first is: Grow bit by bit, every day. Whether it is your studies or extracurricular activities, don’t just take things for granted by merely completing tasks, but take on new challenges or devise ways of doing things through gradual steps. Such accumulation of endeavors will eventually lead you to a bigger, better challenge. The second is: Get out into the world. It really is powerful to know the wider world when contemplating a better future for ourselves. And the third is: Aim to become a blessed leader. Leader in this context does not necessarily mean a charismatic person, but rather one who everyone would want to work together with. No single human being can achieve greatness on his or her own. That is why I truly wish for you to aim to become a person who everybody wants to work with and truly support.