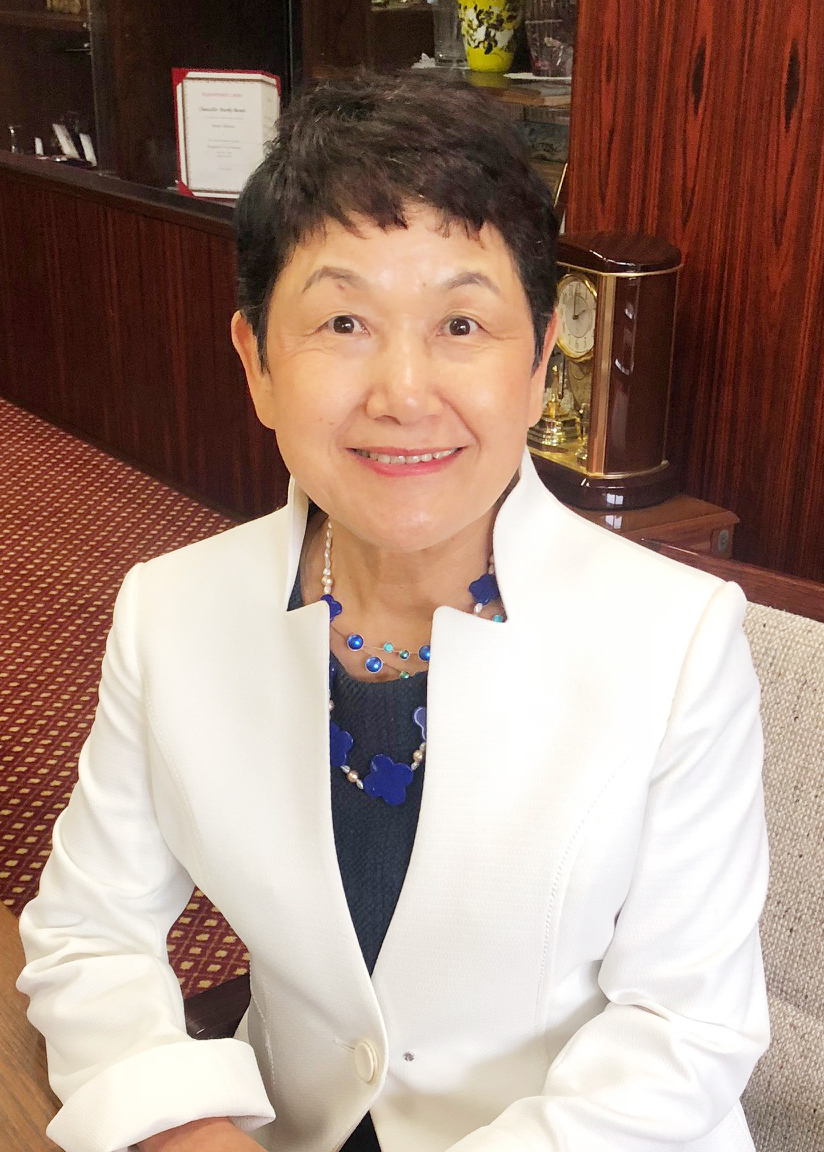 When I began my career in government, there were very few female bureaucrats. In fact, pioneers such as Mayumi Moriyama and Ryoko Akamatsu were among the first females ever to serve in the Prime Minister’s Cabinet. They were very strong role models for me because they continued with their careers after getting married and starting a family.

The responsibilities of a government official and the head of an educational institution are completely different. As a bureaucrat, complaining or expressing dissatisfaction never got me anywhere when facing a difficult situation. I found that it was best not to get excessively stressed about problems without immediate solutions. Instead, I would treat myself with good food, engage in things I enjoyed, and then return to work refreshed, enabling me to explore new solutions. As President of Showa Women’s University, I again struggled due to my limited experience in the educational field. I then began to look for a staff member or two who were willing to acknowledge and support me. From there on, each time I was able to successfully complete a small project, my circle of supporters grew.

Generally speaking, government officials are required to take an exam at the National Personnel Authority before being dispatched to a foreign country for two years. In my case, I gave birth to my children during that phase, so I was unable to participate in the overseas training program. Years later, I gained some renown from writing an article about gender inequality for the first issue of a women’s magazine called “Fujin Hakusho,” and was then invited to take a one-year sabbatical abroad by Professor Sumiko Iwao of Keio University, who at that time had just launched the International Society for Women’s Studies.


During my time at Harvard, I was impressed by how the faculty initiated interactive discussions with students: While taking the background of each and every student into account, they asked questions in order to draw out student responses, which they then brought together to systematically present the course content. I remember having an epiphany at the time that professors in Japanese universities view themselves primarily as researchers, while Harvard professors acknowledge their role as educators.

I believe that there are now many alternative styles of leadership, such as servant leadership, learning leadership, and caring leadership. Rather than utilizing the traditional top-down approach, we should implement organizational styles that require collaborative learning among supervisors and employees.

Japanese women in the workforce have been compelled to hold on to their jobs no matter what after childbirth, for fear that they will only be employable on an irregular basis. However, we are now in the era of ‘life shift,’ and I believe it is important to experience things outside of your professional life and devote yourself to parenting. That does not mean giving up on your profession after childbirth. I think it is necessary to utilize your free time during maternity leave, gain new experiences, and continue progressing through new life stages. Why not try working at a different organization or honing a professional skill by becoming a freelancer? What is vital, I think, is to educate yourself even during breaks to keep up with the rapidly changing world.

There were many occasions when work was extremely busy and I was unable to spend quality time with my children, which made me feel guilty. I had to get all the help and support I could by having all the relevant parties involved. It was important to receive unconditional support from family, friends, relatives, day-care teachers, and community—and even to assign tasks to my supporters! By doing this, I intentionally did not spoil my children by hogging them, but rather shared the most precious moments of their lives with others. 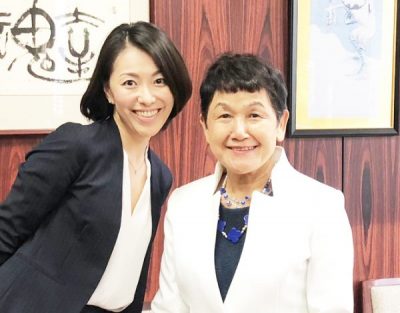 It is essential to have multifaceted communication skills: Do not neglect to brush up all fundamental skills, such as speaking, listening, and reading in English, because you are going to have to absorb a lot of information. For example, I have to read about a hundred books in order to write and publish one single book. By increasing the amount of input into your system, you cultivate self-awareness and can better understand how your perceptions coincide with or differ from others’.

‘The Strength to Respect Yourself’ does not mean being egotistical, pushy, or obsessed with your own opinions, but rather affirming yourself and accepting who you are. For this, it is necessary to precisely evaluate your strengths and weaknesses. When involved in a project, you must embrace your strengths and strive to expand them by helping others.

The beauty of the Japanese language lies in its evocative descriptions of nature. There is truly an abundance of vocabulary depicting the subtle nuances of the natural world. In fact, this allows us to express subtle emotional nuances in various ways. The Japanese language also allows many people to have strong empathy towards nature. When participating in global exchange, you are most likely to be heard if you have original ideas to share which come from a uniquely Japanese perspective. Therefore, it is important to verbalize Japanese social and cultural values in your own words.


In addition, we do not want minor and little-known cultures to be at a risk of extinction. Therefore, to the extent that we can, we must support traditional artisans by purchasing local goods that require superior craftsmanship to produce, even though it may be a bit more expensive. I believe supporting the keepers of tradition through such contributions will lead to cultural preservation.

As a first step on the career path to become a global leader, I believe studying abroad in graduate school is the best option. Whereas Japanese liberal arts graduate schools are geared towards cultivating aspiring researchers, American graduate schools focus on vocational education to excel in society, which is the course I advise others to pursue.

I would like parents to raise their children to think and take action independently. I also advise parents to provide their children with certain goals to achieve and to encourage them from afar, rather than giving them orders or simply lecturing. It is of the utmost importance to cultivate the self-confidence of children so that they feel they can achieve their goals.

Many would assume that you need to thrive on the international stage in order to be a global leader. However, I think a global leader is a person who first contributes to their own society and who commits to improving people’s lives on a local level.