On Sunday, August 21st 2016, a U.S. Boarding Schools Fair was held at the Yoyogi Seminar Head Campus, Yozemi Tower hosted by YGC. Presentations followed by private consultations were planned and held by the students associated with the Boarding Schools Alumni of Japan (BSAJ), a student organization made up of alumni and current schools of distinguished boarding schools in the United States.

In the first half of the event, six presenters provided information on their respective boarding schools as well as shared their experiences such as their actual lifestyles, school life (see schedule below), and academic paths after graduation by the alumni. The presenters specifically shared their distinctive experiences about their classes that particularly involve discussions and group work, sports, art and music activities, challenges of living in dormitories, and various school events.

A typical schedule of a school day:

The graduates then reflected back on their days of boarding school life and shared what they truly learned and accomplished. Some students were able to learn many life lessons such as being able to appreciate many things in life. Academically, some students were able to find strengths other than their English skills, choose the best out of many options and make the most of it with their decisions, and learn to tolerate and accept sense of values from various perspectives. 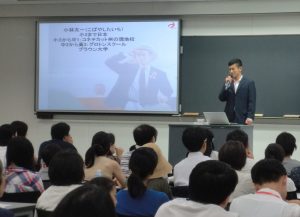 Lastly, one of the BSAJ representatives talked about the career options after graduating colleges with prestigious prep school diplomas. Boarding schools provide substantial support for university admissions where students are able to freely discuss with their advisors or counselors, the guidance to the best, optimal universities in accordance with their high school grades and accomplishments as well as their college entrance exam scores. Upon college graduation, many students have the option to proceed to graduate schools or to pursue their careers in global investment banks and institutions, consulting firms or IT companies. 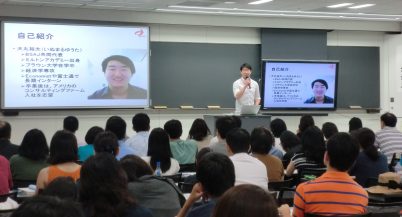 On a final note before the second half of the event commenced, the BSAJ members concluded with the following messages:
“Boarding School is a place that offers opportunities for students who want to achieve fast-paced personal growth and development within the course of three to four years, to make friends across the country and to experience many things in proceeding to the next steps in life.”
“It would be an honor for the BSAJ, that after this presentation you have learned more about the boarding schools in the United States and possibly considered attending boarding schools.”

In the second part of the fair, 13 schools listed below participated for the private consultations. Many participants gathered at each booth and talked enthusiastically.

Voices of the Participants

Boarding Schools Alumni of Japan (“BSAJ”) is a student organization by current students and graduates of boarding schools. They take active part in educating the Japanese students on the opportunities of studying in overseas high schools.

Yuta is a representative of BSAJ. During his sophomore year at high school, Yuta transferred from a public high school in Connecticut to Milton Academy. After graduating from Milton, Yuta entered Brown University where he currently attends.

“Boarding school is not only valuable for education. Living and learning with students from across the country during the most developmental and growing stages of your life can serve as a great stimulus. It also has a ‘global’ essence in many ways: you can widen your perspective by communicating with people of various backgrounds and races, living while understanding other cultures, and making the effort to carry out the common academic goals with your peers.”

Shosuke is also a representative of BSAJ. After graduating from Azabu High School in Tokyo, Japan, Shosuke was accepted at Tokyo University and a university in the United States. Shosuke attended Tokyo University for one semester before proceeding to Pomona College. During Shosuke’s sophomore year at Pomona, he transferred to Brown University.

“At Brown University, I met many brilliant students from Japan who are boarding school graduates and I was just overwhelmed by their scale of existence. I came to America to experience things that can only be achieved overseas, rather than settle with the things that could be attained as an ordinary student in Japan. I sometimes regret not knowing that I had the option of attending a boarding school during my high school years, but this regret was actually the driving force in establishing BSAJ.”

Shin is also one of the representatives of BSAJ. Shin transferred from Komaba High School, an affiliate of Tsukuba University to Stevenson School in California. Shin is now in his junior year.

“I had no experience abroad whatsoever before attending Stevenson, but I made up my mind to attend a boarding school soon after I participated in a summer program in London during my last year at junior high school. At Stevenson, I am currently taking part in activities to enlighten the public on diversity among school communities. By studying abroad, I have learned about the concept of diversity and various social issues associated with it. Going forward, I’d like to reflect back on the things I have learned and acquired and think how I can give back to the society.”