In the past, Wakayama has been called Kii-no-Kuni, or “The Land of Trees.” Unsurprisingly, a large part of the prefecture – more than 70% – remains a forest to this day. 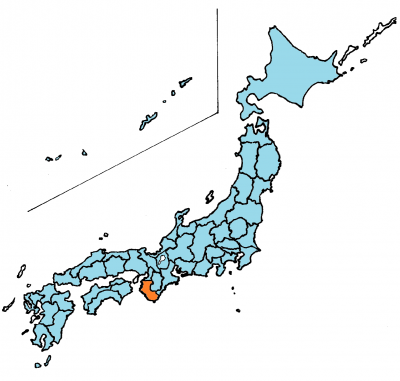 Kumano-sanzan, located on the eastern part of the prefecture, is a world heritage site. Walking down the Kumano-Kodo path on one of the mountains exposes you to the profound, hidden natural beauty of the area. Up north, there is a mountain, the Koyasan, which is also a world heritage site. The Koyasan Kongobu-ji Temple, located on this mountain, is the grand temple of the Koyasan Shingon sect, founded by Kobo-Daishi Kukai. This temple celebrated its 1200th anniversary of the founding of the sect just last year. The golden pavilions and temple buildings here are open to visitors, and there are public trial lessons of sutra copying and “Ajikan” method meditation. In the south, there lies Kushimoto-cho, the southernmost city of the Honshu Island. The rich nature of cape Shiono-Misaki and its nearby beaches are popular amongst tourists from both the southern areas of Japan as well as the metropolitan areas. Here, you can enjoy beaches and hot springs both in one day!

Wakayama is known for its mikan oranges and ume, but that is not the full extent of the various delicious foods produced there. One example is Mehari-zushi, a type of sushi which gets its name from the effect it has on those who eat it. It is so delicious that your eyes and mouth will open wide in amazement (me wo miharu). This extreme local dish is, very simply made with some rice wrapped up in pickled takana leaves, and was often taken along as obento when people went up the mountain to work. Kakinoha-zushi, another traditional dish, is bite-size and easier to eat compared to mehari-zushi. It is made by putting thinly sliced shio-saba (salted mackerel) on sushi rice, which is then wrapped in persimmon leaves. This recipe is said to have been developed near the upper reaches of the Kinokawa River, where fresh fish was hard to obtain. Other famous traditional dishes include sanma-zushi (saury sushi), maguro (tuna), and kinzanji-karamiso (miso paste made by fermenting vegetables), just to name a few.

There is one unknown unique fact about Wakayama concerning soy sauce. That is, the Kii Peninsula is said to have been the birthplace of Japanese soy sauce, which was born as a by-product while the process of making miso was being worked out. The soy sauce of Kii was carried all the way to Edo during the Edo Period, and was the most prominent brand of soy sauce on the market then. Later, soy sauce production began in the city of Choshi, Chiba, which has a climate similar to that of Kii Peninsula.

Wakayama truly is a place to enjoy the land’s rich nature, history and food!

We’ve finally covered all Prefectures of Japan! With one more U.S. State left to introduce, we will then begin a new set of our weekly column. Stay tuned!