Hi, I’m Izumi! YGC’s Summer Term classes are currently being held. These remarkably hot days will continue for a while, so I hope you will not be worn out from the heat, and please do enjoy your summer vacation studying and playing.

I will now introduce Osaka Prefecture, my hometown. 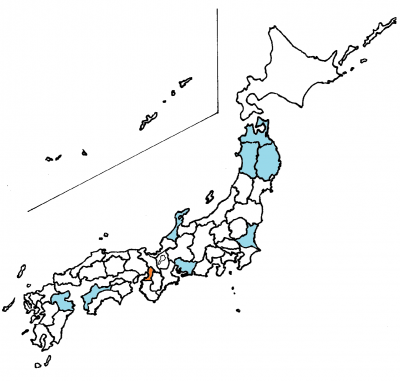 What comes to your mind when you hear of Osaka? It was once called “The Tenka no Daidokoro (The Kitchen of the Nation),” and ingredients from all over the country were brought to shape its original cuisine culture. People in Osaka are said to be so gourmet that they lose their property from spending too much money on eating and drinking, hence the proverb “Osaka no Kuidaore (financially ruining oneself by overindulging in food and drink)” was incubated. Needless to say, specialty dishes in Osaka include the classic konamon (food made from flour) such as okonomiyaki (Japanese pancakes with various ingredients) and takoyaki (octopus dumplings). There are innumerable things that I would like to tell you about Osaka, and in particular I will introduce Osaka Kita (north) and Minami (south), the two most notable areas within the prefecture.

Osaka Kita refers to the area surrounding Osaka Station and Umeda Station. The railroad traffic network is highly developed that there is access to the neighboring prefectures such as Kyoto and Hyogo, or destinations within Osaka City. This area used to be a crop field. By landfilling the plowland to create a field, it came to be called Umeda (埋め田 “Landfilled Field”),” and became Umeda (梅田), which bears the same pronunciation but with a different kanji. Due to its convenience, Umeda boasts many commercial hotels and shopping malls. Though it is rarely known, there is an underground shopping arcade which connects various shopping malls. Visitors can access seven train stations from this shopping arcade, attracting the largest number of customers in Japan.

The Minami area around Namba Station is widely recognized for the neon advertisement of the confectionary company Glico, the figure of an enormous crab, and the lantern of a puffer fish in Dotonbori. You could enjoy comedy shows at “Nanba Grand Kagetsu,” which is just a few minutes’ walk from Namba Station. The Kuromon Market is cherished by the local people, and is acknowledged as “The Kitchen of Osaka Minami.” You can eat raw fish such as fatty tuna and sea urchin right on the spot. These days, many tourists from abroad visit the Kuromon Market for eating one kind of seafood to another. The atmosphere of Osaka Minami is exceptionally noisy filled with playful spirits, which differs vastly from the Kita area.

Please visit Osaka to enjoy a variety of tourist attractions and cuisine culture when you have a chance!