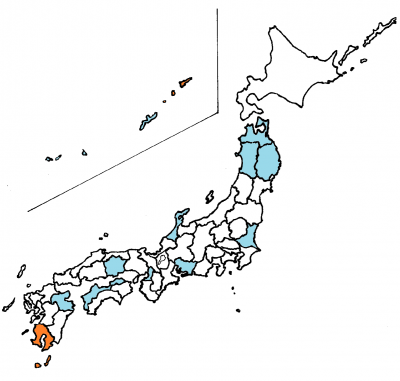 Today, we will introduce to you Kagoshima prefecture, the hometown of Takamori Saigo, a hero during the last years of the Samurai period. 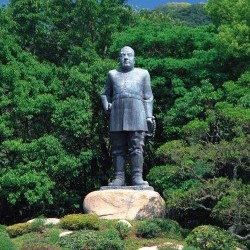 Do you know the highest mountain in Kyushu? Some people may immediately think of “Mt. Aso,” but the correct answer is Miyanoura Mountain. It has an altitude of 1,936m and is located in the center of Yakushima. Yakushima – where Miyanoura Mountain is located – was registered as a world natural heritage site in 1993. Furthermore, in July 2015, Japan’s industrial revolution in the Meiji era – iron and steel manufacturing, ship manufacturing, and coal related industries – were declared as world’s cultural heritage, where Kyushuseikan, Terayamasumigamaato, and Sekiyoshinosuikou were selected from Kagoshima prefecture. Since then, Kagoshima has been recognized as Japan’s only prefecture that is home to sites of both natural and cultural world heritages.

Senganen is one of the many tourism sites of Kagoshima. Senganen is a constituent of the new world heritage Kyushuseikan, and it was the first garden owned by a feudal lord in the Edo Era to be added to the world heritage list. The breathtaking view from Senganen and its enormous garden are its major attributes, where the magnificent Sakurajima can also be seen. 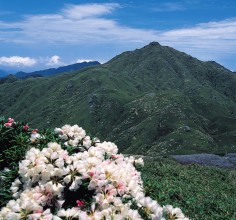 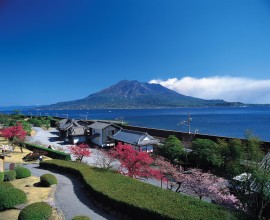 Despite Sakurajima’s more than 700 volcanic explosions this year, there are approximately 4,600 residents at the base of this active volcano. Small scale volcanic explosions are part of the locals’ daily lives, and the people live alongside the eruptions. In addition, at Sakurajima, people can experience digging for natural hot springs. Hot water emerges from the ground and when dug with a shovel, people can create their own footbaths. 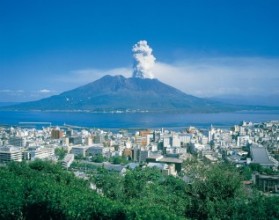 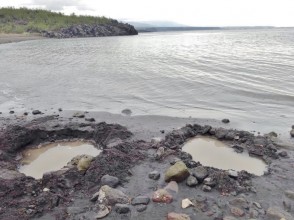 If you are interested, Kagoshima is worth the visit for its beautiful scenery and culinary delights.