Hello. We are finally only left with two months until the end of this year. It must be that time of the year for overnight school trips for middle and high school students. Today, I will introduce to you Kyoto, one of the most popular school trip destinations. 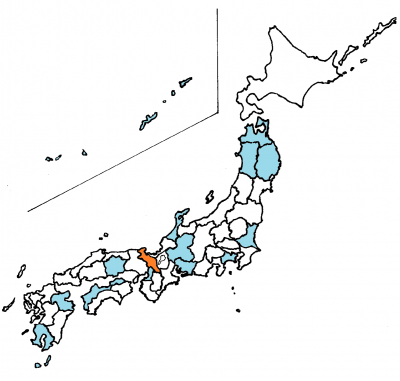 You may have heard of the famous catchphrase from JR Tokai, “Why not go to Kyoto?” (「そうだ 京都、行こう」), but that phrase was actually used since 1993 and was originally a campaign to celebrate the 1200th anniversary of Heian-kyo capital relocation in 1994. Did you know that the commercial has been using the same song (“My Favorite Things” from The Sound of Music) but in different music arrangements for more than 20 years?

As you are all aware, Kyoto had been the capital city of Japan and played the central role in politics and culture for more than 1,000 years until 1869 when the capital was relocated to Tokyo. Therefore, the city has many unique cultural attractions. The cherry blossom season and the autumn leaves are famous in particular, but there is no doubt that there would be new discoveries even if you visit during any other time of the year; the time of fresh verdure and Gion festival (one of the “three great festivals” in Japan) in July or Kyoto Hanatouro in Arashiyama in December. I personally found the illuminations in Kiyomizu Temple in March, when the Hanatouro is held in Higashiyama district, very impressive. Strolling down the streets and hills (Ichinen Slope, Ninen Slope, etc.) from Chion to Kiyomizu Temple is recommended where you could look at cute Japanese accessories and Japanese confetti snack (Konpeito), experience the Japanese tea ceremony, rent a Kimono and venture around town, or transform into a maiko, a traditional dance and song performer. There are many ways to enjoy Kyoto for both adults and children.

Additionally, the name Kiyomizu Temple comes from the hot spring that still arises from the Otowayama Mountain today and flows to the Otowa waterfall. The Otowa waterfall is split into three channels, and where it is conventional to only have one sip from only one of the channels. It is said that if you take more than two sips, longevity and learning proficiency would diminish, so be careful!

Speaking of Kyoto, many of you may think of Yatsuhashi (triangular shaped rice cake) and Matcha (green tea). They now specially sell seasonally limited Yatsuhashi flavors such as soda, peach, and baked sweet potato, so why not savor them all! In addition, the buckwheat cookies are highly recommended as souvenirs. They are actually originated from bolo, a baked confectionary made from flour, sugar and egg, which a foreign missionary gave away during the Muromachi Period. By the end of the Meiji Period, the Soba shops began to sell bolos that had Soba flour added to them, and then baked in a shape of the Japanese plum. The hard-baked bolos with the crunchy texture and the Soba fragrance make them just insatiable to eat.

Incidentally, did you know that there is a celebration called “Jusanmairi (Thirteen Mairi),” which is only celebrated in Kyoto a few other regions? In Kyoto, there is not only the celebration of three, five, and seven years of age for children, but also thirteen for either a boy or a girl. When the children turn thirteen, they visit and pay respects to the shrines to be purified from evil spirits and blessed with knowledge and health. It has been said that if you turn back on the way home, the blessings will go away and therefore, after paying respects at a shrine or temple, especially at the Hourin Temple in Arashiyama, the children are not allowed to look back until they finish crossing the Togetsukyo Bridge.

Kyoto is only a 2.5 hour ride away by the Shinkansen from Tokyo Station. So, if any of you could bear the crowd during the three-day holiday in November, why not visit Kyoto and see the autumn leaves? It is unfortunate that there would not be any photos ready for this article, but I am prepared to bear the crowd during the foliage season and go to Kyoto ☺ Hope you all spend a fulfilling autumn time!