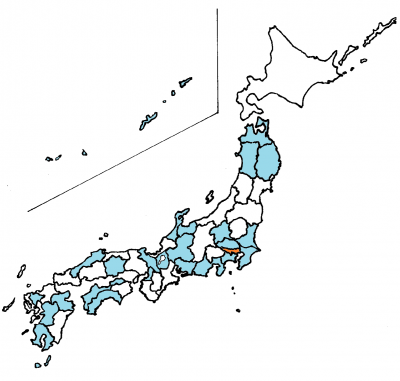 Hi, everyone! The new academic year has begun and classes at YGC will also begin this week. We are very excited to meet and interact with our new and continuing students! This time, I have the privilege of introducing Japan’s capital and where YGC is located, Tokyo.

Tokyo was ranked first in the “Quality of Life Survey 2015,” according to a British magazine called the “Monocle.” The well-maintained public safety, the fulfilling infrastructure, and the tranquil environment despite the gigantic population of over 13.5 million, honorably contributed to Tokyo’s first place. Needless to say, Japanese cuisine is highly renowned globally, with over 70% of the tourists from abroad visiting Tokyo with the sole purpose of enjoying Japanese food. And with appetizing lunches that only cost about 1,000 yen, Tokyo is no doubt a remarkable metropolis.

The history of Tokyo dates back to over 400 years ago with the start of the Edo Period. When Ieyasu Tokugawa arrived in Edo, it was just a deserted village in a widespread wetland. Ieyasu ordered his legions to divert the flow of the Tone River, which flew into Edo Bay at that time while constructing the famous Edo Castle. Kanda Waterworks and Tamagawa Waterworks were built to supply water to the town of Edo, with its lowlands incompatible for building wells. Furthermore, underground water supply roads were stretched around the town under Ieyasu’s urban development plan. The population of Edo was estimated at over 1 million and while the populations of London and Paris at that time were 860,000 and 540,000 respectively, Edo demonstrated a rapid transformation into one of the leading cities in the world. To add another astonishing fact, only 250 magistrate officers were cracking down the 1 million citizens that gathered within an area of about half the Yamanote Line. It could be said that the well-maintained public safety originated from here. Moreover, despite not having a sewage disposal system, a clean environment was maintained through the prospering suburban agriculture with the use of composts. Shinobazu Pond at Ueno Park, right in the center of Tokyo, was once a notable site to spot fireflies, known to only survive in fresh stream.

Even under a relentless advancement of urbanization, there are still places here and there where the atmosphere of Edo Period are retained. For example, at the foot of Ryogoku Bridge stretching across Sumida River, there is an area called Yagen Bori, retaining its name since the Edo Period. A store recognized as the cradle for shichimi-chili pepper (a blend of red pepper and other spices) has been in business since the Edo Period also in this area. As a souvenir recommendation, you could purchase your original mix of shichimi-chili pepper by consulting with the clerk for a desired taste. Crossing the Ryogoku Bridge then brings us to the Edo Tokyo Museum, where the replication of the town of Edo is exhibited. If you walk a little further to Ningyocho, there is a street with shops that sell shamisen, a Japanese traditional instrument and tsudura, a basket for storing clothes. When in Ningyocho, you must also try the ningyo-yaki, a sponge cake filled with red beans.

While downtown areas such as Yurakucho and Ginza are undergoing redevelopment, the mood of the Edo Period still remains in other areas. The capital of Japan has a lot to offer to the tourists and if you have never been to areas where the atmosphere of the Edo Period remains, why not explore the traditional regions of Tokyo on your next day off?